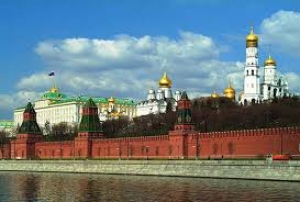 On January 5, 1367, in early frosty and foggy morning, ten horsemen who dressed long, grey fur coats, black fur hats and long red shoes and followed by seven reddish brown, well-groomed horses laden with gift parcels entered the yard of the Shirvanshakhs’ Palace through the sun-rise facing main gate. These were the envoys of the great Moscow duke Dmitriy Ivanovich who were assigned to deliver the written request of the duke and to honor the Shirvanshakh with the valuable gifts including sable skins, famous Vladimir furs, Czech vases and porcelains. Boyar I.A.Baratinski who came in state coach from the Russian palace started to inform the head of the Shirvankhakhs about the content of the letter with a typical Kazak passion. Qafur Bey- Sirvanshakh’s ambassador at Moscow who came with Russian caravan was doing translation for Baratinski. It soon became apparent that Elish Keremli- supreme architect of Shirvanshakhs and whole Azerbaijan was requested to go to Moscow to build a huge structure for Russian duke. First, Sheikh Ibrahim did not want to send his favorite architect, but after seeing that architect himself is very happy to go to Moscow and considering that duke gives a written guarantee about the security and safety of the architect, he also agreed to allow the architect to go. At that time, architect Elish bey was very famous in the Middle East, Caucasia, Persia, and India and certainly, in his native land-in Azerbaijan. In the same month, on 10th, head architect Elish Keremli with Russian envoys started to travel to Moscow. At the same year, one week prior to Novruz, Duke Dmitriy Donskoy signed an agreement with head architect. According to this document, there would not be any limit to workforce, financial resources and landscape changes. Head architect got an authority to monitor, control and make amendments to the project. He would have all kinds of freedom and got “Boyar Varami” status. This huge construction work planned to be finished within four years. On the island surrounded by Moscow River and its tributary River Yauza, it was aimed to build an Inner city and fortress walls strengthened with towers, additional support structures and gates. At last, on March 25, on the day of “Good News” (“Blagie Vesti” – annunciation of the blessed virgin Mary by holy spirit, Russian call this day “Blaqoveshshensk”) the first black stones placed in the construction site. As, previously the inside and outside walls were constructed from wood and clay materials, architect ordered to demolish these structures. Architect Elish Bey amazed everyone by mixing egg white and construction plaster first time in Russia. After one year, fortress walls, 5 towers and 5 gates under the towers were completed successfully. Water filled trenches in front of the wooden and clay walls constructed before Elish bey, were clinched with soil and stones, and were removed as unsuitable constructions to the new project. Upper side of the outside walls was decorated with elbow-shaped protuberances which increased the splendor of the construction many times. Overall length of the fortress was 3,4 kilometers, thickness 0.8 meters and height was 3,9 meters. Before starting the construction, the area was fenced in order to protect the surrounding from construction dust. It also prevented local people to watch the construction which could scatter the concentration of the workers. Fencing of the construction site also was an innovation in Russia for that time.

Workforce consisted of 1500 people and they were accommodated at comfortable, heated houses and twice in a day provided with hot dishes and once in a week had a rest day. Cooks were young ladies and women. Elish Bey selected the workers from the poorest families of the city. Workers’ salary was decimal gold coins. Salaries got paid on time. For workers monthly awards and bonus system were applied. Free lunch and dinner made workers very happy. The salary of ten decimal gold was quiet high for that time. Through the year of a construction work, never any conflict happened and discipline kept in a very high level. Elish bey promised everyone that after the construction the houses they stay will be given to workers with all the furniture inside. Due to his kindness, Moscow people loved him by heart. Another reason was that many families in city were paid from this construction. The local people called construction side “Keremli row” (“Karamlinskiy ryad”). When starting to name the towers, the situation was like this: main tower was named Spassk (Spas), others were named as Troutsa, Nikola, Borovitsa and E. Keremli. Although Azerbaijan architect disagreed with this, as a result of the supplications of lady Anna- 16 years old nephew of Dmitriy Ivanovich who followed the architect everywhere, even in Duke’s palace and had intimate relationship with the architect, and consensus of the construction workers who had sympathy to architect, the Duke decided to name the tower like this, and the name remained in the history. Later on, in August, 1556, when tzar IV Ivan Qrozniy invaded Kazan city, he ordered to rename the Keremli Tower to “Vodovzvod”. However, until the beginning of the last century official documents, Russian people, world community, local Moscow people and travelers referred the tower and generally, the whole structure as either “Keremli” or “Kremli” and sometimes as “Kreml” briefly. Thereby, the name gradually started to be called as “Kreml” and became fully accepted by everyone. On the base of the construction project, the great architect built Dukes’ Palace, church, meeting hall, accommodation places for boyars and church servants within the 175 hectares of yard which was surrounded by strong fortress walls and protected with high towers. By crossing under the Moscow River, underground tunnels were built strategically to strengthen the defense of the fortress. These tunnels opened to the benches of Yauza River. In winter, 1371, the tunnels called as “qat kombe” (the word is the origin of “katakomba” term which is now widely used in many languages) by the architect also were finished. Within these tunnels 65 centimeter wide trenches were built to allow the polluted water to flow into the rivers. Beside, architect constructed rooms, storages, water wells and shelters in order to make the fortress protection stronger. After four years from the start day of construction, on March, 25, on the day known as “Good news day”, opening ceremony of the spectacular construction was held. Great Duke Dmitriy Ivanovich, Moscow people, even the boyars who did not like the architect at all, amazed after seeing the structure. Lady Anna was the happiest one in this crowd. She could not keep the tears of happiness. Within the last four years, Elish bey had only one chance to visit his family in Shamakhy. After the agreement with the Great Duke, it was decided that architect will return to its native land, but on the last day of spring he must return to Moscow to get his salary and attend the ceremony given in his honor. Elish bey returned to Shamakhy. On the first day of summer, on the 17th kilometer of the Moscow-Smolensk road, in an open glade located at Volokolamsk highway, ceremony was held in the honor of Elish bey’s return to his homeland. Dmitriy Ivanovich did not attend the ceremony by saying that he is “sick”. But, surprisingly, all boyars, palace cooks and musicians came to ceremony. Lady Anna sitting on the right side of Elish Bey was very happy and her laughter made the event more joyful. After eating tasty dishes, various snacks and drinking sweet wines participants got drunk. By taking the chance, Kazak soldier who was waiting this moment treacherously beheaded Azerbaijan architect. On July, 22, 1371, Azerbaijan architect was executed by Kazak-Russian soldier to keep the secrets of the construction. The architect was buried at the same place and after serving his grave for a long time, Lady Anna shaved her hair, went to Penza monastery.

Russian side betrayed the contract and the guarantee they gave, and ignored the international values to avoid the world community to know who the true architect of Kreml is. Except the small signs given by Russian writer Borodin in his historical novel “Dmitriy Donskoy”, other Russian sources, especially, I.Karamzin in his “History of Russian Empire”   novels preferred not to touch the realities.

After some times, on the base of the project led by Elish bey Keremli who was executed at the age of 49, other “Kremls” were built in Suzdal, Smolensk, Novgorod, Kazan and Prague. However, the structure which amazed the world with its beauty and magnificence and impossible to be built for Russians who were weak and inexperienced at that time remained stolen from us. Linguists like Vinogradov noted that the word “Kreml’ is originated from “kremnik” word which meant “internal fortress”. This kind of explanations made the readers smile as the word “kremnik” does not have any relation with “Kreml” and is not Russian word at all. “Kremnik” is a Greek word and at ancient times Greek people called the place where they keep fishing and hunting materials as “kremnius”. And Russians imposed the word as the origin of “Kreml”. Normal Russian people confused and started to call the construction as “Drobavets” or “destinovets”. What is the relation between Greek village palace and Kreml? You cannot change the historical reality of Keremli- Kerimli- Kremli- Kreml, mister ungrateful Russian chauvinists. 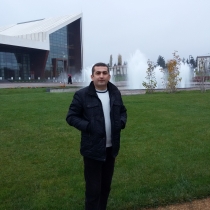 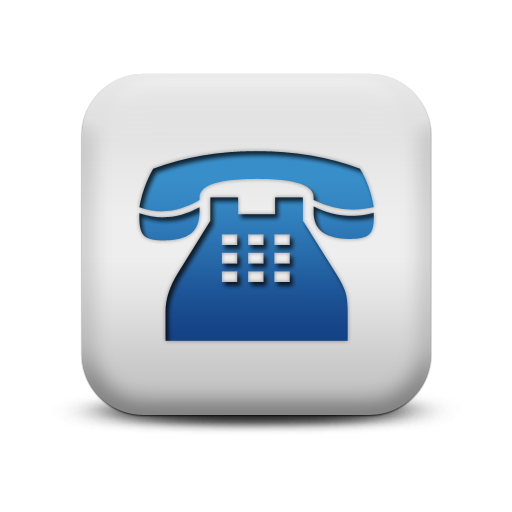 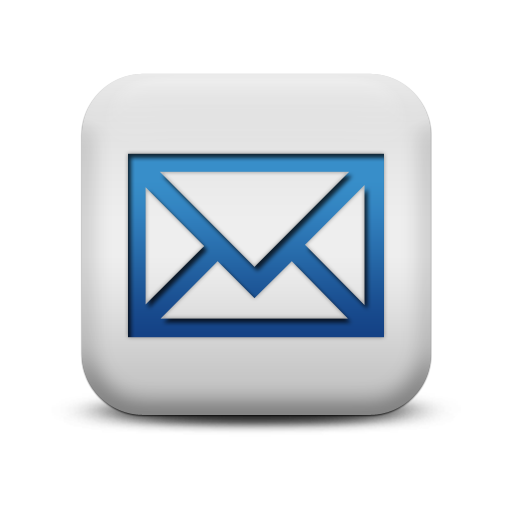 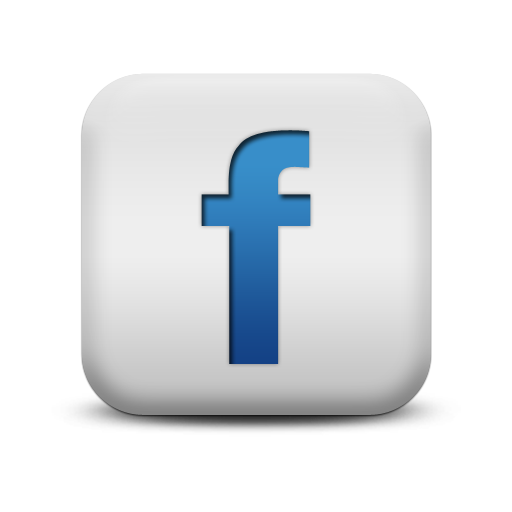